Apple is continuing its development of technology that could end up in a potential Apple Car, including LiDAR barrier detection systems and touch-sensitive dashboards.

The company’s “Project Titan” initiative has long been a poorly kept secret, and is thought to be involved in designing systems and services for self-driving vehicles. Though concrete details are still scarce, it’s clear that Apple is still developing vehicular technologies.

LiDAR barrier detection systems and touch-sensitive dashboards. The company’s “Project Titan” initiative has long been a poorly kept secret, and is thought to be involved in designing systems and services for self-driving vehicles. Though concrete details are still scarce, it’s clear that Apple is still developing vehicular technologies. On Tuesday, for example, the U.S. Patent and Trademark Office granted Apple a patent for a barrier detection system that could be critical for autonomous vehicles. The patent, titled “Barrier detection,” details a system that can use LIDAR to detect obstacles in a path.

“For example, lidar data may be used by an automated vehicle controller to detect objects in the environment of the vehicle and this information can be used for navigation and/or motion planning in a dynamic environment,” the patent reads.

The system could take that LIDAR data and apply it to a bird’s-eye view map of an environment. From there, a machine learning could apply different classes to objects in the map based on their characteristics.

“This object classification data can be used as a mask for down-stream object trackers and/or map localizers. Analysis of these birds-eye-view maps may enable improvements in accuracy and efficiency of object recognition and tracking, which may in turn improve performance of automated vehicle control systems,” the patent contends.

The patent’s inventors are listed as Tarin Ziyaee and Tarek El-Gaaly. Of the two, Ziyaee has been previously credited as an inventor of an Apple patent related to depth perception for computer vision.

Apple was also granted a patent for a specific type of light guide display technology that could be useful in a vehicular environment.

The patent, “Light-based devices with light guide arrays,” describes a light-based device that could display images or other light output to a user. Beyond that, it could also gather user input through touch.

Apple notes that the light guide array for the device could be formed from a bundle of fibers, including plastic or other trasparent ones that are surrounded by a low index cladding material.

Interestingly, the patent specifically notes that it’s aimed at improving display usage in certain challenging operating environments. It also specifically notes that the light-based device could be used in vehicle systems, such as “dashboard systems for providing a user such as a vehicle occupant with vehicle information and for gathering user input.”

At another point in the patent text, Apple notes that wood could be used as a material in dashboard or other systems. Wood fibers could be rendered transparent by treatment in a chemical bath for use in a light guide array.

The patent lists Malcolm J. Northcott; Daniel E. Potter; Clarisse Mazuir; Weisong Toh; and Piyush Prashant Dondeti as inventors. Northcott has been listed as the inventor of an AR and VR Apple Car patent; Potter was named in a headlight system that could mitigate road hazards; and Mazuir has worked on privacy-based lighting systems for vehicles.

Apple files numerous patents on a weekly basis, so they’re not always a good indicator of the company’s future plans or potential product release dates. Having said that, the first look at an “Apple Car” or related vehicular technology could arrive between 2023 and 2025, according to well-connected analyst Ming-Chi Kuo. 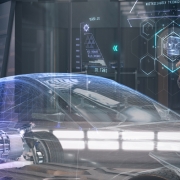 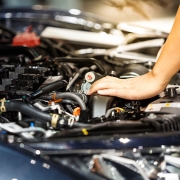 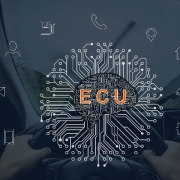 The Brain of Vehicle – ECU Gateway 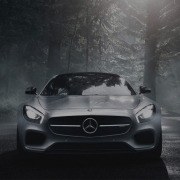 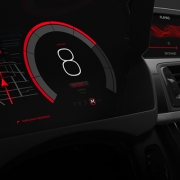 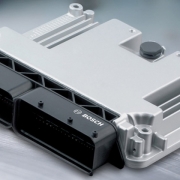